Installation of the First Joystick 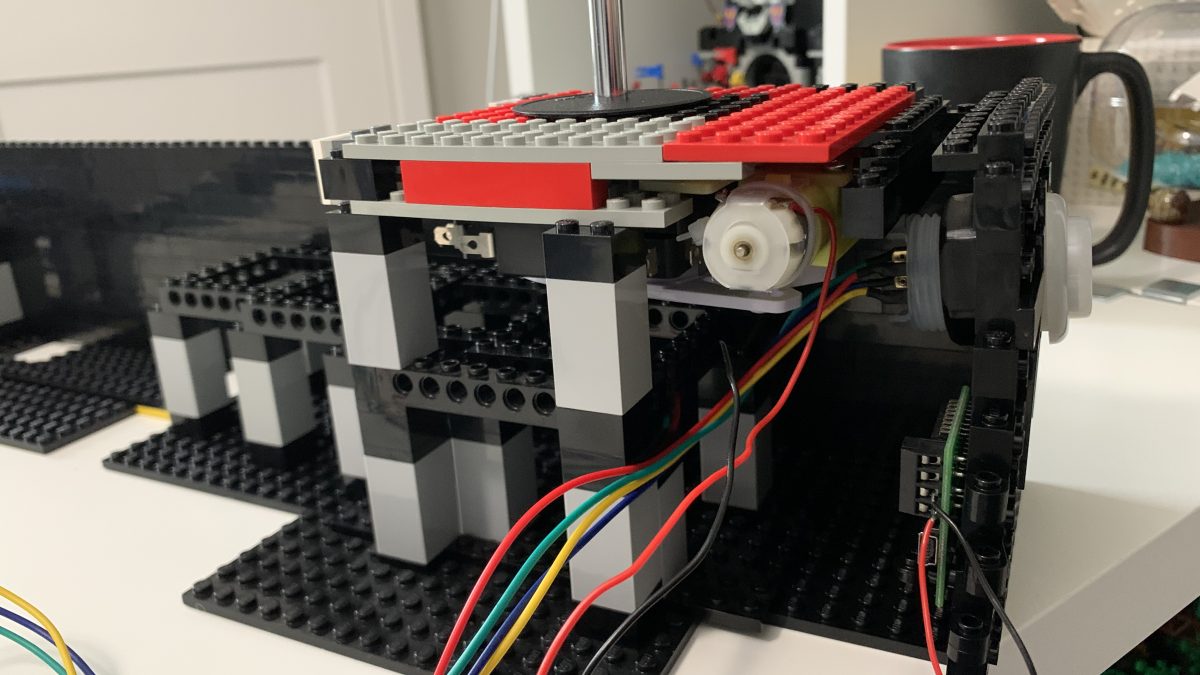 This will cover the installation of the first joystick. I also install the first circuit board, using only LEGO® brick, not screws. This controls the directional movement allowed by the joystick.

Installation of the First Joystick

I still didn’t have all of the pieces delivered to build the internal structure. So, I improvised with some temporary pieces just so that I could get the joystick installed. Once the supporting beams were in place, I plugged in the joystick module.

The joystick mounts perfectly. The arrow on the site and the multicolored plates around the joystick are temporary until I get the appropriate pieces in to replace these pieces.

Along with the joysticks, comes a circuit board that, once connected, controls the motors so that the joystick lock in either a 4-directional or an 8-directional mode. This board has two small holes on the side of it which usually is bolted to the bottom of the joystick, next to the motor.

First, there really isn’t enough room to be mounting a circuit board to the bottom of the joystick. Second, I don’t want to be screwing anything into, and modifying, LEGO® brick. So, can I secure the board between two LEGO® pieces through these holes?

The problem is here that the diameter of the LEGO® piece is a bit too large for the circuit board mounting holes. So…

But does the control board still work? Did I damage it?

I actually ended up not only testing the board (and it works), but also mounted it to the side of the control panel.