Beginning the Build of the Control Panel 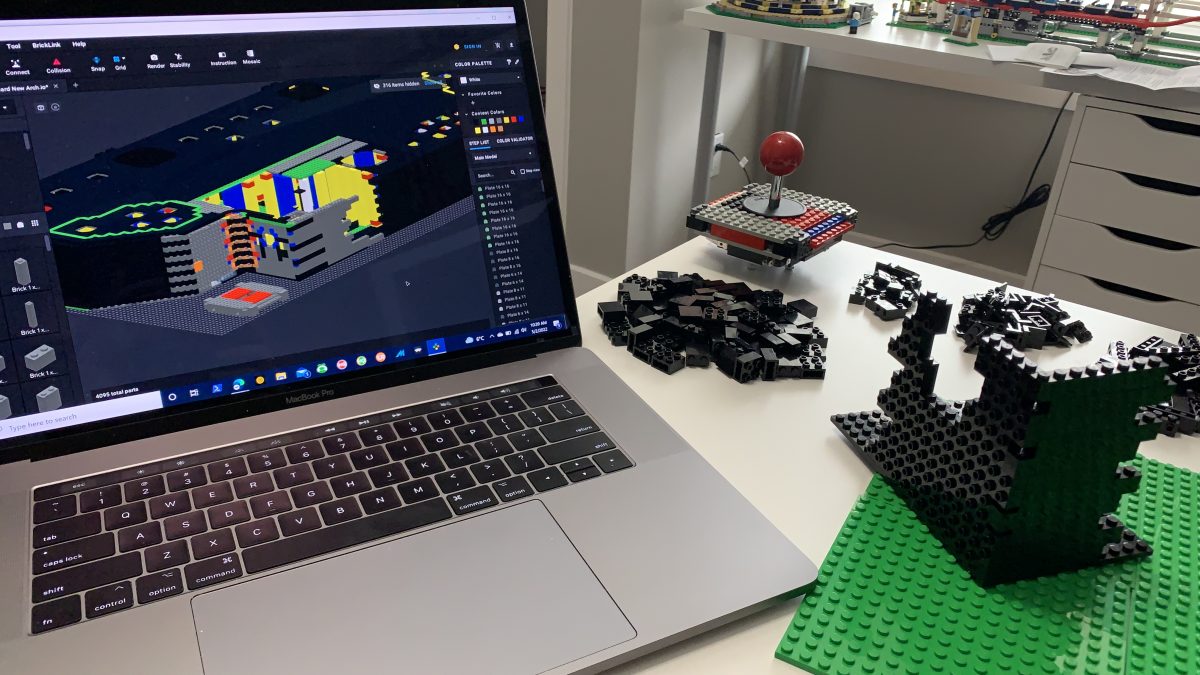 Beginning the build is going to consist of a lot of LEGO® brick! So, I won’t go much into exactly what I order, as I’ll be ordering bits and pieces throughout this process. Instead, I’ll provide key points along the way as I attempt to build this massive structure.

Today is May 2nd, and my first shipment of parts arrive. So are we ready to tackle this thing?

As you can see in the photo above, the assembly around the joystick is all ready made … mostly made. Missing a couple different pieces for it, but I’ll get those ordered eventually. The pieces used for the assembly is from my own collection, and some will get replaced as I continue ordering pieces.

As far as the rest of the control panel goes, I’m recreating the prototype that I built earlier.

Now it’s time to install and secure the left flipper button. After that, build out a little more of the front of the panel.

Building out the control panel further and I begin to realize just how enormous this thing is going to become.

Time for a little story about the size of this thing. The size of the entire cabinet has been a difficult decision to land on. And while doing my research, not all cabinets seem to be built to a standard size with the exception of pinball machines. Pinball machines are one my favorite things to play. So early on, I decided that it would adhere to the same width of a pinball machine. During my research, I found many websites saying that most machines are 29″ in width. So that’s how long it will be.

However, after measuring the front, I come to discover that it’s a little over 26″ long, which is 3″ shorter than I wanted. That can’t be right. I thought I screwed up the design somehow. So I updated the design and tacked on that additional 8 studs, or 64mm, or 2.52″, to make it exactly 28.98″ long.

Come to find out that pinball machine flippers are not spaced 29″ apart from one another, they are in fact only spaced 22″ [ https://www.dimensions.com/element/pinball-machines Last retrieved July 2, 2022]. I could update the design and reduce the width, but the issue with 22″ is I need to fit two joysticks, twelve buttons and a massive trackball in between that space. Sadly, 22″ just won’t physically accommodate all of those controls. As a result, I’m choosing to keep the size of the control panel as it is today. And truthfully, even at 29″ wide, it’s still going to be a challenge to fit all of this equipment into that space.

So why don’t we get cramming? I’ll place an order and when the parts arrive I’ll go through finally attaching the first arcade part to this control panel!