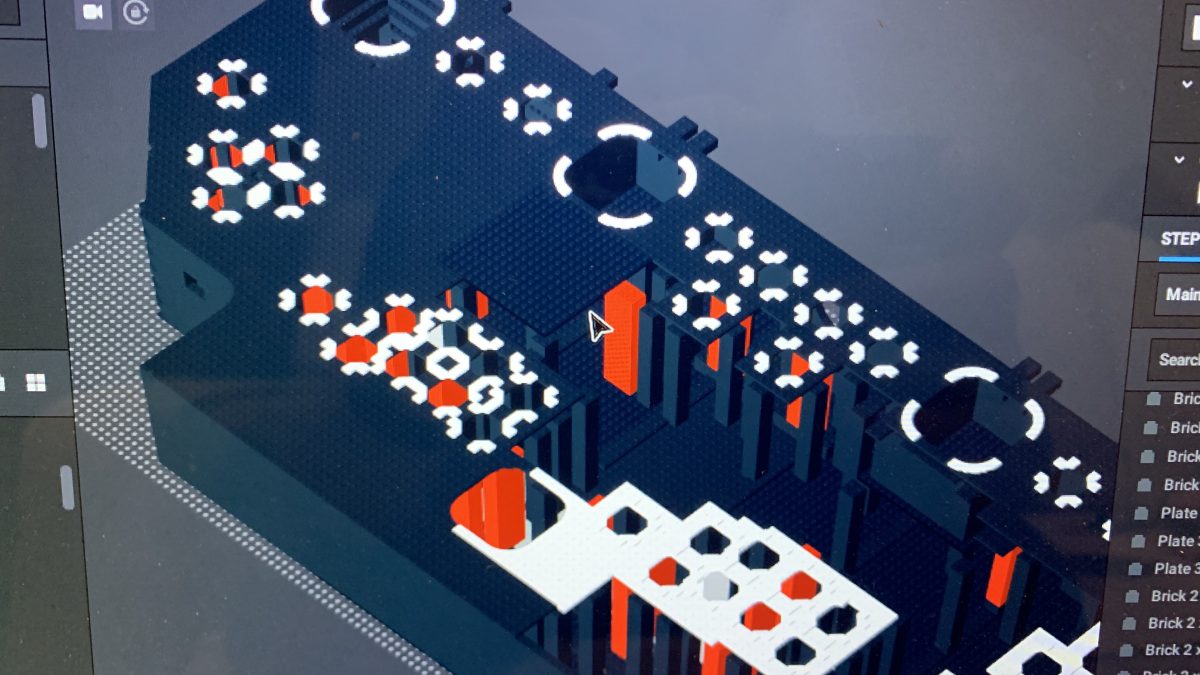 Starting a project like this from a blank canvas might not seem very difficult, but where would one actually even start? Do I start just randomly sticking pieces together and see what works? But how do I know what pieces I need in the first place? Should I buy the hardware first? Oh yeah, then there’s the computer and software to get together too!

Thinking of where to exactly start is daunting and exhausting to say the least. What should I work on first? The correct answer, all of it, which is mostly what I did! Little by little, I worked on the software for the computer, started specing out a computer build, began ordering parts and hardware, and worked on the software model of the control panel. But for the sake of this blog, I’ll take things one step at a time, mostly in the order at which I worked on the tasks.

First, designing the control panel within the software. I spent a little bit of time here and came up with a basic design. Just a simple shell basically with no guts yet, adding the guts will which will make this much more complex.

If you look towards the left side of the image below, you can see hole in the side, that’s for the left pinball flipper (button). I want the front to be the standard width of a pinball machine, 29 inches. So, if a stud if 8mm wide, that means the front needs to be 92 studs wide, which puts the front of the control panel at 28.98 inches wide. Good enough for my liking.

For the curious, the hole you see there on the right-side front is there for possible USB ports. The white plates inside are just white because I chose not to color them black at this time.

The shell was pretty easy, it got a whole lot more difficult when I had to start thinking about how cover that shell with a layer of LEGO® bricks that wouldn’t cave in, could support hardware, and take the abuse from button mashers and angry gamers (you know who you are)!

This prompted me to build MANY support columns inside of the chassis of the control panel. If you look at the photo below, you can see the columns (red and black) strewn throughout inside just to hold the plates up. There are a lot of flaws with this design, and it simply won’t work. I’ll explain one aspect of this design that won’t work here shortly and another bit in a much later post as I begin building the control panel and fitting the buttons inside.

The one flaw with the above pillar design is they can’t take the weight. They’ll buckle and collapse inside. So I ended up reaching out to the community of fellow LEGO® brick fans and they were happy to provide some advise from their own past experiences.

The first thought to building a more solid structure, as some of you may have thought, was to use technic. The thought was to have one technic brick standing vertically while fastened to others using pins that were laying horizontal for the plates to attach to, as shown here.

Another solution, and the one almost everyone agreed with that would be best, is to use a sort of lattice pattern halfway up the pillar. Supposedly this creates an incredible stabilizing base and should be able to help support some pretty aggressive forces. Here’s an example of that design and what I end up using in the build.

This sadly requires me to redo the guts of the control panel. In the meantime, I began work on the software!